Higher education benefits from cognitive biases and the fact that young students don't know better. Here's some unconventional advice I wish I had the opportunity to understand better before I arbitrarily decided on where to study.

One brilliant person to learn from is Malcolm Gladwell, an accomplished author who dissects achievement in human life. He has done a lot of research into higher education. In this talk below, he breaks down several biases that affect students within higher education. We'll quickly break down two in this article: Relative Deprivation Theory and Elite Institution Cognitive Disorder.

Even within an amazing educational institution with very smart peers, being at the bottom of the social hierarchy causes people to become discouraged and achieve less.

This is hugely impactful and very important to understand in life. The people at near the top of the class rankings—independent of which educational institution—are outperforming the people who are at Harvard, MIT, and other prestigious schools due this cognitive bias.

This causes a problem because achieving STEM degrees should be a function of cognitive ability, but it is actually a function of your relative class rank. Unchecked, how qualified you feel relative to your peers directly affects your likelihood to finish a STEM degree, the amount of papers you would publish and more.

Say you were in the US and deciding between Maryland and Harvard for college.

A study by Mitchell Chang at UCLA recently showed that your odds of achieving and science and math degree drops by two percentage points for every ten-point increase in the average S.A.T. score of your peers.

That means your chance of graduating with a STEM degree from Maryland is 30% higher than it would be at Harvard.

That is wild. Being able to succeed once you get to college is very important. It's both hard and expensive, you want to make it through. Despite that, most people would choose Harvard. Why? Elite Institution Cognitive Disorder.

EICD is a term Malcolm coined, which is that we overstate the significance of elite institutions. We are irrationally excited by being selected by a highly selective institution. The idea of studying at Harvard, working at Google, and others are highly appealing when in reality, the results can often speak otherwise.

When Deciding Which School

Remember that as human beings we vastly underestimate the costs of being at the bottom of a social hierarchy (Relative Deprivation theory). And, that we drastically over value being apart of an exclusive hierarchy (Elite Institution Cognitive Disorder).

Even more important is to apply your knowledge of Relative Deprivation theory to your life. Learn to disarm your feelings of inadequacy when compared to your peers. It takes conscious thought to understand your feelings, and consider your place absolutely in the world, not just on a relative basis.

Part of this is checking your privilege. For one, being able to pursue higher education at all is an opportunity and a positive statement of your circumstance.

It is also about understanding that you are more capable than you realize.Don't limit your world view to a classroom and rank relative to your classmates. Dare to dream! 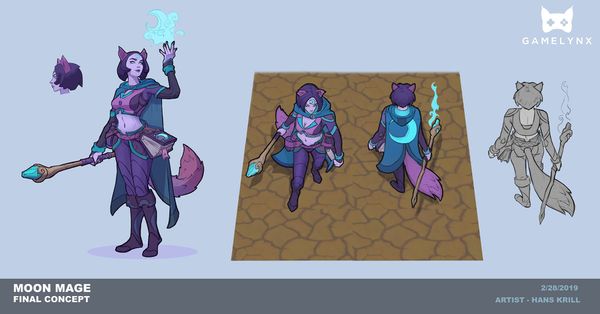 Element Arena was a MOBA battle royale game with a stylized toon art style. I managed the art direction and pipeline, wrote the concept briefs and gave feedback on revisions.

One of the most fascinating things VALORANT is changing in the tactical shooter genre is map design. Part of these changes are from the fact that agents have unique abilities,